When I was little I heard the musical adaptation of the H.G Wells novel, the War of the Worlds, for the first time, and became instantly besotted. My parent’s owned this wonderful masterpiece (created by Jeff Wayne) on vinyl, and I remember not only being fascinated by its gatefold cover but also by the book of artwork that came stapled to the centre.

A few years later I picked up a copy of the novel (published in 1898!) in a second-hand book store I used to frequent when I was 12 or 13,  and read it for the first time. I remember devouring every page and shuddering as its chilling narrative as looking up into the night sky through my mother’s antique brass telescope my overactive imagination made it seem all too possible (I had a similar issue with Triffids later that year I recall). I later learned that the book had been made into a radio play, which when first presented in the US for Halloween on October 30, 1938and apparently the story was considered so plausible that it caused mass panic (this has been disputed but I choose to believe it as that is a much better story!). Finally just before my parent’s divorced I watched the film – the original that is, not the Steven Spielberg/ Tom Cruise bollocks (that so cruelly besmirched the character of Ogilvy, who was a hero in the book!). For a moment I was able to forget the chaos at home as in my mind I hid in the church along with the other surviving human hopefuls and waited for nature to take its course. One of my favourite scenes will always be the sinking of the warship, Thunder Child, as its brave crew attempted to take on the tripods and save human kind.

Years later, when I had moved into a place of my own, I stumbled across a pristine copy of the album myself, complete with art book, and purchased it for $4 from a second hand record store. I still own the same record and consider it to be one of my favourite possessions. The beautiful artwork, by Geoff Taylor, is a faithful interpretation of the book and has been a source of inspiration for me for years. I will always be drawn to the image of the raven eating the red weed growing on a fallen tripod. It really is such a powerful image. That those who were once so sure and mighty, were felled by something so tiny and then left to rot. A reminder of how vulnerable we ourselves truly are on this planet. 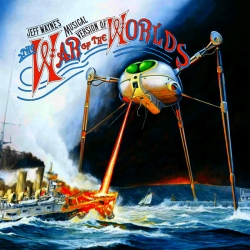 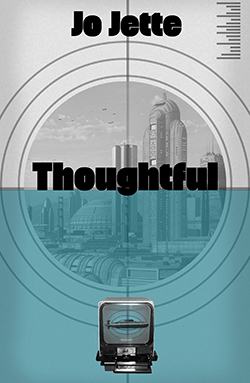