Have you ever thought a painting could be haunted by the ghost of paintings past? That is the paintings that didn’t quite make it and were painted over for whatever reason. Van Gogh was well-known for re-using his canvases, as were many other artists, often due to lack of funds or patronage, but it still means that beneath their work are hidden treasures – literally!

However have you ever thought of the underpainting as a piece of artwork in itself rather than the spectre of a piece that never quite made it to life? I love the work of Lara Dann for this exact reason. Her feminine apparitions float above intricate underpaintings inspired by damask flocked wallpapers and heirloom patterns. Myth collides with fantasy in a way that is a little bit chilling and a little bit divine. 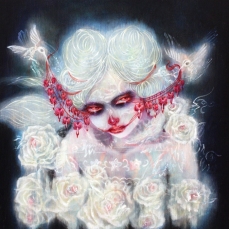 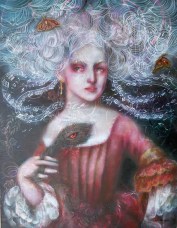 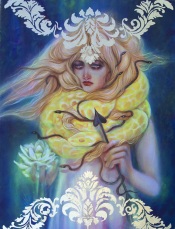 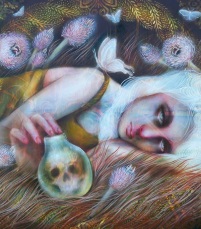 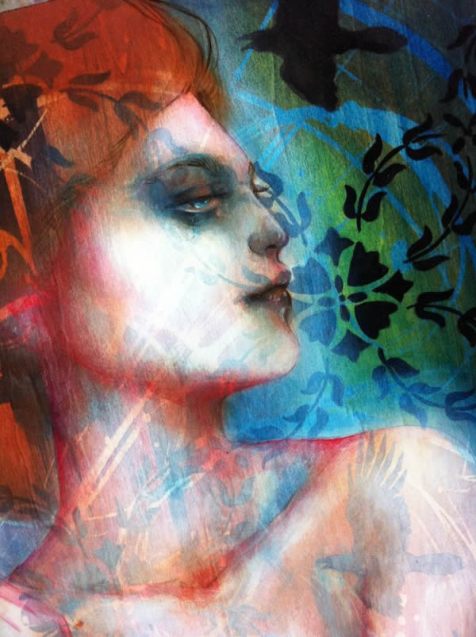 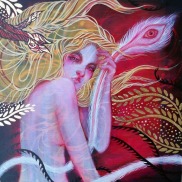 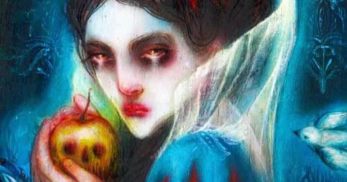 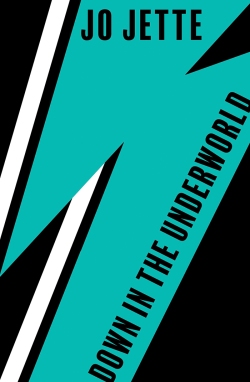