Salt has always been an integral part of human culture, even if it has gotten a bad name in the past few years! In Roman times soldiers were paid in salt (the word salary comes from the Latin, salarium, which means payment with salt), it has been traded, wars have been fought over its resource rights and civilisations have risen and fallen on its back.  Salt can be derived a number of ways, but by far the most spectacular source are the actual salt mines, such as the Wieliczka Salt Mine in Poland.

The mine opened in the 13th Century, and was still providing salt up until 2007, but what is so magnificent about this wondrous place are the rooms and sculptures that have been carved out of its interior. The mine itself reaches a depth of over 287km, and plays host to over a million tourists every year. Crystal chandeliers, created from salt, light the way as you walk through Wieliczka’s cavernous insides.

With a history dating back over 700 years, the Wieliczka has been on the UNESCO’s World Cultural and Natural Heritage List since 1978. Forged through the hard graft of generations, it is sometimes called the Underground Salt Cathedral of Poland, and contains four chapels carved by the Polish miners themselves over the years. There are also numerous statues within its subterranean walls, carved by many different artists and a beautiful underground lake completes the captivating gothic atmosphere of this amazing place. 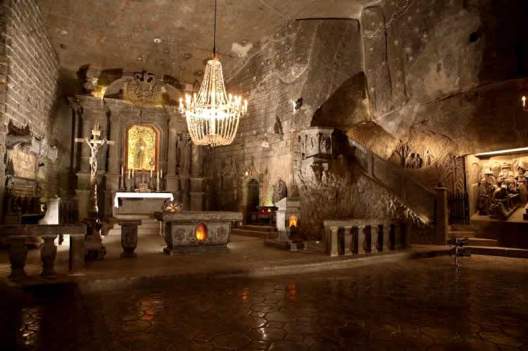 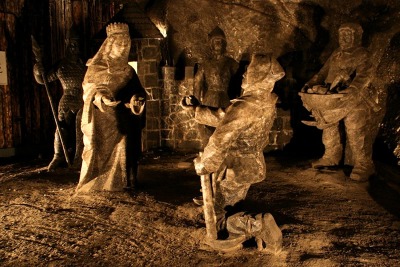